Once you own a property, the objective becomes how to increase the value of that asset, a job that takes continuous review and strategic reallocation and assessment. This is where professional Asset Management comes in.

Our Asset Management team routinely evaluates where a property is in the value curve as it relates to the general marketplace. We consult on any changes in investment and demand, monitoring trends and tracking legislation that may affect zoning, as well as other external factors that can potentially alter an asset’s value.

Our standard of services includes: 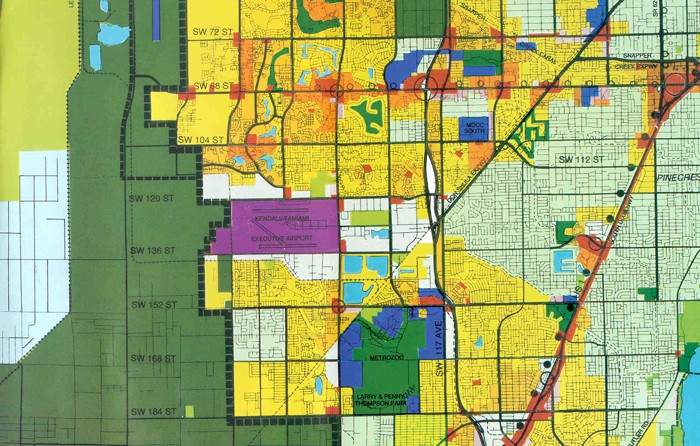 Our client purchased a 650-acre square mile of land in southwest Miami-Dade County (Section 19) for future development based on the Dade County Land Use Master Plan, which allowed commercial, office and industrial buildings to be built, especially along the railroad frontage.

However, the Miami-Dade County Government then modified their Master Plan by down zoning the 650 acres to a maximum development potential of one house per 5 gross acres of land.  In short, the move resulted in a total degradation of land value via a reversal of development rights (This occurred before the Burt Harris Act). The down zoning stayed in place for the next 10 years and there was no indication the land would be up zoned again any time soon.

Section 19 was located, on average, one mile west and outside of the Development Line within which you could build six houses per one gross acre. Due to the close proximity, a minority of real estate investors, entrepreneurs and housing developers believed Section 19 would eventually be included within the Development Zone, and further thought that they “could make it happen.”

Our Asset Management brokers sought and met with the handful of optimists who perceived value where it did not exist and were confident in their ability to get Section 19 included in the development zone at six houses per one acre in two years. However, the buyers would only make offers to buy Section 19 subject to Master Plan Amendments, that is, if the buyer was successful in Section 19 obtaining development rights, then and only then would the buyer actually close the sale.

We focused our sales efforts on a partnership of three highly successful developers who first offered $18 million subject to development rights with a three to five year closing, if any.  During the intense negotiation period spanning several months, these same buyers signed and closed at an essential all cash price of $65 million with no “subject to contingencies,” ultimately accepting title “As Is – Where Is” with no development rights except one house per five gross acres.

Today, ten years after the $65 million sale for the client, the Development Line has not moved any closer to the 650 acres and the owners can only build one house per 5 gross acres. There are still no plans to amend the Master Plan in the near term.

By contrast, our client is enjoying a return of $65,000,000 sale price on their $650,000 investment in Miami-Dade County through Allen Morris. That’s the importance of quality Asset Management!